Italians in Thailand/1: the restaurateurs 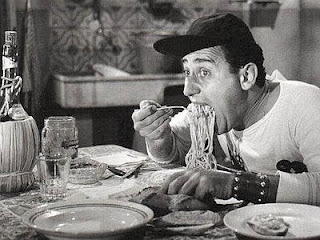 Brain drain, one of the various plagues that have hit Italy in the last few years. Actually I think that it only hit the Italian media world, as scientists, economists, physicians, engineers, architects, artists and professionals in any sector have been leaving Italy to seek their fortune elsewhere for decades, maybe centuries. Not all of them, of course, but not just a few either.
I'm definitely not one of them. Maybe my brain did leave indeed, not Italy though, if it really left some place...that was my skull! At least that's what many people who know me affectionately thought after some of my reckless decisions.
Anyway, these waves of gray matter, unlike the oceanic ones of the 2004 tsunami, haven't hit the coasts of Thailand yet. Instead of highly gifted brains Italy sends over here swifts legs, delicate hands, sensitive fingers and extra fine taste buds: chefs, restaurant owners and managers, these are the professions that offer career opportunities for those Italians who want to move to Bangkok, Pattaya, Koh Samui and Phuket.
We're definitely not talking about a uniform host of good food professionals here. Personally I have identified four macro categories, probably still subdivisible into smaller groups, sometimes overlapping, with blurred edges and fluid definitions. Here they are:

- The VIPs, the high-ranking ones, those with huge capitals who probably participate in bids for the management of the Italian restaurants in the five-star hotels along the Chao Phraya river in Bangkok or the luxury resorts in the southern islands. The group includes as adoptive members the chefs who work there, their assistants, the managers, etc.

- The caliphate-partnership, like the one that owns a chain of high end Italian restaurants in Pattaya's most expensive areas: Walking Street, Second Road and the port. According to what one of the partners told us this last branch, the newest one, cost them 1.5 millions. "Thai baht?" My friend L absentmindedly asked. "No, euros!" An astonishing amount of money for a restaurant in Thailand. "But there is everything any chef or manager could ever dream of..." he added. If he says so. Anyway, they will need an explosive success if they want to have a return on that investment soon, and they even admit that they cannot count on too many seats. They will necessarily have to work on the menu prices.

- The lifelong professionals: those who have always worked in the same sector, maybe for generations, and who simply took their skills with them to Thailand, along with the junk they stuffed their suitcases with. I personally met the brothers from Napoli who opened the Via Vai in Koh Samui: they make better pizzas than many I ate in Italy. And the guy from Emilia Romagna who owns the Valentino in Pattaya: his specialty is homemade pasta, tortellini and ravioli in particular. Of course there are many more.

- Last (and also least) there are those who L - a witty friend from Tuscany - would define "picked up by the flood". Mobs of runaway wretches. They arrive to Thailand, find a woman that for various reasons they cannot take back home (in most cases even if they could they wouldn't) and, trying to use as a marketing tool the good reputation flywheel created and already set in motion by the members of the aforementioned categories, they decide to open what they even dare to call a "restaurant", that might actually be a bamboo hut with a kitchenette, a cement storehouse with an electric stove, a trailer or some other prefabricated structure equipped with an oven or simply the lower floor of their own house. I remember eating a lousy pizza cooked in a lousy gas oven at a dingy shack near the Thong Sala pier at Koh Phangan. My friend GM and I were the only customers, at that time for sure but possibly of the whole day as well, or even of the entire week. After lunch, to earn an extra buck the nice Roman owner offered to rent me his lady's motorbike for a day. You can accuse him of not being particularly skilled with chopping boards, frying pans and stoves but you cannot say that he didn't try to diversify his business.

Image from a famous Alberto Sordi's movie. It's also used as part of the sign of a popular Italian restaurant in Pattaya.
Posted by Fabio at 10:45 PM