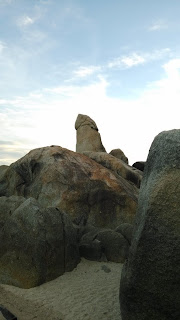 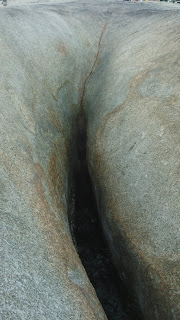 This is the cynical post that I promised here.

Next time I see one of those cheese TV reports on prostitution in Thailand I swear I am going to puke. Of course the majority of western journalists are good professionals and I wouldn't dare say anything about them or their work. There are some, though, who should have their pens, laptops and tablets confiscated. A bunch of low level word-workers who rely on trite myths and stereotypes to justify the salaries their editors give them.
Those that for years have told us the story of the poor Thai girls taken advantage of or even enslaved by old and slimy sexual tourists are among the most sly.
It's hard for me to believe that they have really been in Thailand, collected evidence, looked around, tried to understand and finally got it all wrong that way. It must somehow be intentional. They must have based what they wrote on hearsay, relying on some urban legend or isolated tear-jerking case in order to achieve some sensationalist effect and exploit the overwhelming Western hypocrisy. Reading Michel Houllebecq could provide some inspiring ideas on the subject. On the other hand it is quite unlikely that over the years I've only come across exceptional cases. I got to an apparently arrogant yet unequivocal conclusion: I just know more than them about this subject.
I realize that every time I come across a foreigner who sheds tears over some moving story of a little Siamese match-girl, forced to sell herself to a number of fat, wrinkled pigs in order to support their poor families back in the countryside village, their crippled fathers, ill mothers, hungry children. It is a fact: thousands of fat, wrinkled pigs arrive to Thailand every month and it is a fact that these girls come from simple and poor rural places. The same kind of social and cultural background where most of the hairdressers, cooks, waitresses, tailors, bus conductors, department store cashiers, building site workers come from. They are as poor as any other girl who comes to the city looking for a low salary job which doesn't involve the use of the most intimate parts of her body. Normal situations in a developing country. The main difference between this second group of girls and the ones that decide to let the fat arms of the old slimy foreigners embrace them lies on their greed, materialism and most of all their vices: expensive phones, elegant dresses, high heel shoes, Japanese scooters, magnum bottles of Black Label whiskey, cocaine, crystal meth and all the other crap they buy with the money that some poor idiots give them in exchange for lousy sex and illusions of love. The fact that some of their customers are rather disgusting is not proof of enslavement. Most of these girls can choose who they sell their bodies to and the fact they decide to do it with some disgusting individuals tells a lot about their lack of respect for their own bodies and of interest for their dignity. If they have a chance they will obviously choose a handsome guy, possibly young, tall, blond and silly, that they will charge after having had more fun than him.
You can often come across some in-between case: women who work in a dodgy bar and candidly admit that two months earlier they were working as cashiers at a department store. And they even plan to go back to the same life shortly. As if they had simply taken a sabbatic.
In this miserable game it is not always easy to identify who plays the victim and the tyrant roles. Every month Thailand welcomes flocks of silly fools that after two weeks spent with some unscrupulous bastard go back home thinking they've found love and start sending them big sums of money, convinced that they are helping their pretty women climb out of the prostitution abyss they have unfortunately fallen into. And those fake Julia Roberts pocket the money and squander it,  fuck around, get drunk, get high, go on wild shopping sprees, never stopping looking for new idiots to milk. Someone even wrote books about the email exchanges between hookers and their clients, stuff of the "I love you...send me money now" type.
Recently, at a street noodle soup stall I chanced to get hold of a girl's phone where I was able to read a hilarious whatsapp conversation:

"Hi honey, I miss you so much..."
"Hi, can you send me 8000 baht?"
"Sure darling, I will do it tomorrow, first thing in the morning...I love you..."
"Have you already sent it?"
"Sorry honey, I couldn't do it in the morning, I'll do it right away...kisses"
"What time?"
"After lunch, you will get it tomorrow...I miss you so much"
"Tomorrow? Not today?"
"Darling, it takes some hours and there is a time difference between Europe and Thailand. Tomorrow for sure you'll have it. Do you remember last time, when I sent you 10000 baht? Just wait a little. Love you..."
"hmmm...alright, tomorrow I will let you know"

And so on and so forth. The same girl was having more conversations of the same type with other suckers in parallel. And she didn't mind letting us know. Actually she seemed to enjoy showing off her manipulation skills. Another idiot from the other side of the world is paying the rent of her beautiful flat located in one of the most expensive areas of the city. In the meanwhile, being a rather attractive woman, she manages to pick up a different customer every night. After another imbecile has paid for her restaurant bill she stands up and tries to invite us to another club (where she is going to "work") in order to have us foot the taxi fare. What the hell, she is not even willing to pay the transportation to her working place! We give her her phone back, laughing out loud. She leaves with an offended look on her face, then she thinks it over and shows us her cheap, fake smile before getting on the car: you never know, everyone might turn out to be useful one day.
It doesn't always end well though. As if it was a Buddhist cycle after some years of this life their karma rewards them with decaying bodies, blank looks in their faces, nights spent sleeping on a sidewalk amidst a pool of vomit, wild fights, pathetic scenes, humiliations, public ridicule, cheap sex with monsters.
But, hey, who cares, it's still love!
Even if you have to bargain for it at some marketplace.