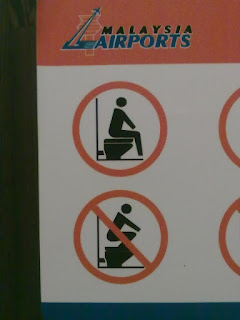 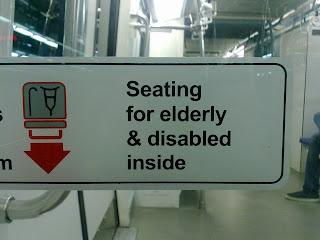 Elderly and disabled can seat inside, and what about everybody else...on the roof?! (LRT train in Kuala Lumpur, Malaysia) 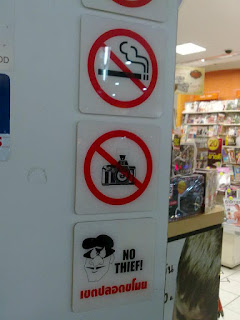 "No thief" Only for civilized, well mannered and law abiding thieves (TukCom Mall at Pattaya, Thailand) 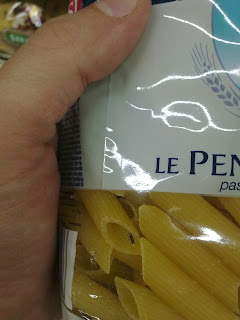 I open a pack of pasta and just when I am about to pour it into a bowl and weigh it I notice with disgust that dozens of little black hairy insects are crawling among the penne. I'll have to throw it away, damn, it was a new 1kg-pack. Well, at least I didn't eat it.
When I return to the supermarket where I bought it I shake a few more packs of the same (Italian) brand and I take a close look at them: from behind a rigatone or a pennetta rigata one of the small animals often sticks its head out. This supermarket must have received an infested batch. I change shop, carry out the same test and obtain the same result. This means that the problem is bigger than I thought. Maybe a whole container of this pasta brand has been attacked. Then I have a hunch. I grab random packs of other brands, Italian, French, Australian: some of them are infested. It's a mess. I don't think the health-related risk is particularly serious, as the pasta is usually boiled for several minutes, but...how disgusting!
I can't be the only one who noticed this. And while the thought is taking shape in my mind I put together fragments of memories, images, sensations. Those free sauce cans taped to the packs, the suspicious discounts, the smart shelf layouts. Slowly I start to grasp the most disconcerting aspect of the situation: these guys know everything and instead of complaining with those who come before them in the supply chain or scrapping the whole batch and lose money...they still try to sell it on the sly! And I wouldn't be surprised if they had already greased the wheels that will save their asses in case someone protests or even sues them.

Poor consumers. It's a dirty war, us against them all, we've got to keep our yes wide open if we don't want to succumb.

Image: one of those insects in a pack of penne rigate 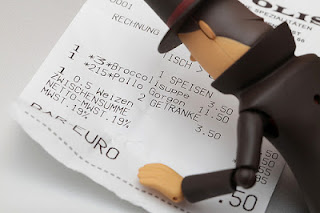 There is a little street in Bangkok, a few dozen meters from one of the most touristy roads of the country. In the past ten years I've heard its funny name - Rambuttri - mispronounced in several ways: Rainbow street, Rain on tree, and there was even a movie-version, Rambo 3. There is a place in that street that for the sake of anonymity - without keeping it too vague though - I'll just call SH. Back when it opened the SH used to be a guest house for low-budget tourists: two stories, a few rooms and a simple restaurant located near the main entrance. The owners are smart: they keep developing their place, which expands continuously over the years. A travel agency is added, the restaurant is open 24 hours and at night it becomes a bar with plenty of atmosphere, with soft lights and music that you can listen to in the coolest clubs of New York, Paris or Ibiza. The menu is divided into a Thai and an international section and the cocktail list is so long that an alcoholic could get bored just half-way through it. In the mid '00s they add a sort of a mezzanine floor, with pool tables and air-conditioning (the rest of the seats are outdoor). Later on the restaurant expands its boundaries and takes over the lower floor of a building two blocks away, next to a bank. A few more months and the gap is filled: the house that causes the solution of continuity is torn down and its place is taken by a large room decorated with Siamese and Balinese sculptures. As a last touch tables pop up along both sides of the alley, around a stall where a foreign guy prepares and serves shishas, water-pipes filled with flavored tobacco. 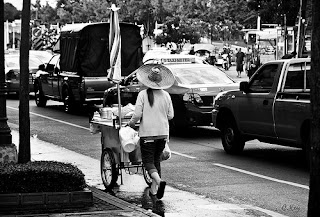 I pay the quick lunch that I just had at a small roadside restaurant, I turn around and I spot a waitress who is handing a gas cylinder to a man in uniform. He grabs it and gives it to his colleagues, who are standing on the back of a pick-up truck. What's going on? Since when are the cops collecting cylinders to be refilled? The vehicle is advancing slowly and another agent passes a stack of Lonely planets (photocopied ones) to his mates. I take a close look at the truckload, there is a bit of everything: bags full of t-shirts and pants, swimming trunks, folding chairs, a metal table, the travel guides and the cylinder. The truck is going past a massage parlor now. A few deck chairs used for foot reflexology have been placed on the road side, across from the shop. The cops choose one of them, get rid of all the cushions and towels, fold it and put it in the truck. 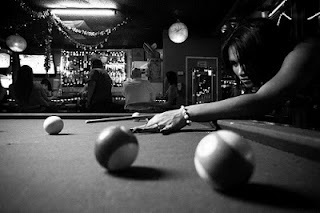 Photo of a ladyboy bar beer in Chiang Mai by .the guarded eye. (CC)
Posted by Fabio at 9:52 AM No comments: