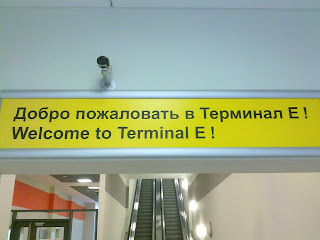 What a terrible connection. I just landed at Sheremetyevo airport and my next flight is leaving in fifteen hours. When I bought my ticket I didn't worry about that, as I had an entirely different plan in mind. I had a ten days stop in Moscow all planned out, staying at a friend's who is teaching Italian to Russian students. I did it last year and really had a great time: I still have in mind all that Moscow bizarre stuff and the time-machine-like St. Petersburg charm. If I close my eyes and concentrate I can still feel in my mouth the vodka fire blast and the sour taste of borscht. I would have paid a small fee and the problem would have been solved. Unfortunately the ticket I bought was a super-discounted one and the small fee turned out to be equivalent to half the initial price. Considering that I would have had to spend money for a visa too and that I recently had to face some other unexpected expenses, I had to give up my plan.
Fifteen hours then. I had time to visit every single part of the airport. I moved around terminals D, E and F, the only ones that can be reached without clearing immigration. It's a very large area: depending on the crowd and distractions it can easily take more than half hour to walk from the eastern side of terminal F to the western tip of terminal D. Moreover, the place has its curious side.

A reality joke about jobs in Italy

A friend of mine recently told me a new joke...I find it fantastic!
This friend and the company he has been working with for years are redrafting his contract. When he enquires about the termination clause the HR employee tells him that he shouldn't worry too much about that, they don't need to be too specific and cautious when writing the clauses as the right to work in Italy is absolutely guaranteed by the constitution. HAHAHA! isn't it a great one?
Posted by Fabio at 6:24 PM No comments: 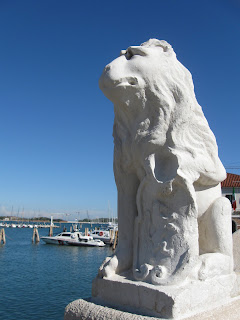 Yesterday was the first dull, grey, rainy, chilly and humid day since I arrived to Padova more than one month ago. I spent it entirely at home. I was afraid that the mild and luminous great time I've had so far was over and that the Po Valley fall would have taken me as far as the Marco Polo airport, where I'll board my flight back to the tropics in three days.
I was wrong. Today is a sunny day, the sky is clear, I can finally put into effect that plan that I thought I had to postpone until next year.
I get off the coach in Chioggia and I take a walk downtown while I wait for the vaporetto to leave. Chioggia is very nice, with its calles, canals, Istrian stone bridges, red houses with white decorations. It looks like a little Venice, only with cars. I didn't see many tourists, other than two North Europeans drinking a spritz. I sit in the stern, out of the cabin, and I watch the rotten wood of the briccolas, the slightly rippled surface of the lagoon and the rugged islets, covered with a bristly greenish beard, while I let the breeze massage my face. At Pellestrina everybody gets on the bus bound to Lido, using their combo boat-and-bus tickets. I spent a few more cents and bought two separate journeys: that allows me to take the bus where and when I want. I could have rented a bicycle; I know, it's faster and the route along the murazzi - between the sea and the lagoon - is a charming one, the fact is that today I don't feel like that sort of visitor, I don't wanna speed through the little towns, I have to penetrate into the calles, stop at a corner, watch the people and the houses, smell the intermingling perfumes coming from the water and kitchens: my means of transport, cheap and flexible, is once again a pair of rubber shoes.

There's a good and a bad way (to become rich...in Italy) 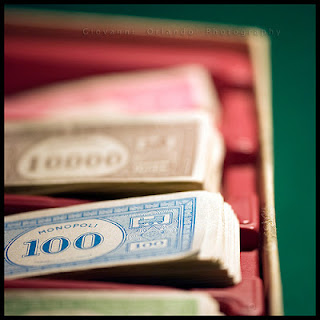 Who wouldn't like to become rich? Not necessarily very rich, just moderately wealthy or at least well off, possibly in a (respectfully) abundant way. Being able to leave the most tedious engagements behind, to jettison that heavy ballast of ordinary working life, devoting oneself to one's own interests without worrying about the limited resources. Or perhaps go on working like mad, but not just for a meagre salary: it would be nice to be finally able to do it for one's own ideas and projects.
Rich, it's alright then. But there is a good and a bad way to achieve that goal. The first is the noble one, based on great ideas, innovation, entrepreneurial spirit, genius, intuition and good will.
And then there is the other one. I mean the other way to make a lot of money. Italy is full of rich, mediocre people with only one skill: unscrupulousness. Money is their only goal, the ultimate purpose of each one of their acts, thoughts, words and breaths. 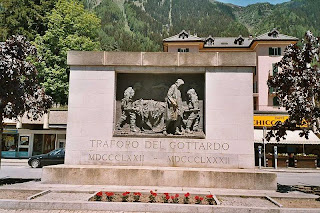 Even though my brother has been living in Zurich for years, he's never been able to learn German the proper way. He can say a few things, ask questions, tackle some basic conversation, little more than that. There are many reasons for this: he's often abroad and, even when he's in Switzerland, he only speaks English with his colleagues. Secondly, in Switzerland they don't speak "official" German but some sort of "mountain" dialect, not too easy to understand. There is also another reason why he never really studied the local language thoroughly, and it's a surprising one: anywhere he goes, a restaurant, a shop, a public office or even on the street, the probability that he meets someone who can speak Italian is very high indeed. And we're not talking about those coming from Ticino, the Italian speaking part of the country, 100% Swiss from many generations, proud of their origins and in some cases not too fond of the Italians. These are real Zurichers, people who come from the German part of Switzerland. One has to remember that most of the Italian immigration to Switzerland took place between 1945 and 1975, mostly from the north until 1960 and from the south later on. Nowadays in Zurich those who will address you in Italian are the children or grandchildren of people who came from Italy, or sometimes there won't even be a drop of Italian blood flowing in their veins: they just learned the language at school, from their friends, on holiday or out of interest.
When my brother first told me these things I couldn't realize what the magnitude of the phenomenon was. I have met quite a few Argentines, Brazilians, Americas or Australians whose ancestors came from Sicily, Veneto or Marche. They have an Italian surname, maybe an Italian passport as well, but they can only speak a dozen words in Italian. When I got to Switzerland I soon realized that the situation in that country was very different indeed. 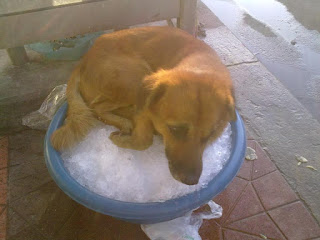 It's so hot today...I need to find a cool place. A basin full of ice is exactly what I'm looking for! (Bangkok, Thailand) 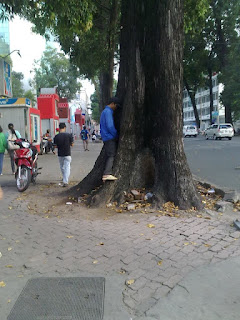 You need to pee? Just climb up the toilet-tree! Saigon, Vietnam) 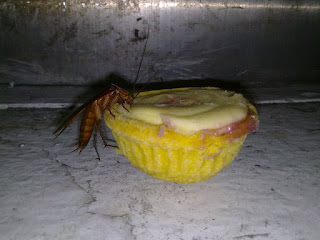 Where did I put my cake? Ah there it is...OH NO! (Bangkok, Thailand) 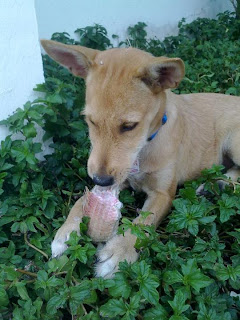