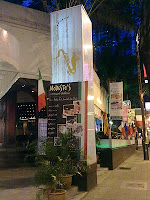 Panini: the plural form of panino. Unlike ciabatta and focaccia this is not a type of bread, it simply means "sandwiches". If you really feel the urge to specify that your sandwich should be made with genuine sandwich bread - not with God only knows what other damned surrogate! - go ahead and ask for the panini-type of roll. The waiter will probably think that you are taking him for an idiot though.
Linguini: wrong spelling. This sounds like your food is making cute faces at you. It's linguine, and it's pronounced with a "-eh" final sound.
Fettuccini: this is linguini's partner in language blunders...it's fettuccine, also pronounced with a "-eh" final sound.
Lasagna: the correct name is lasagne. Lasagna is singular and if you order that you might get a single miserable thin square of pasta on your plate.
Spaghettis: the lasagne mistake in reverse. There's no final "s". Spaghetti is the plural form of spaghetto. Don't worry, they are not gonna serve you a single noodle in case you order spaghetti without the unnecessary "-s".
Bruschetta: it's pronounced brusketta, not brushetta. If you order the latter they might show you pictures of a (in)famous mafia boss.
Garlic bread: we have garlic. We do have bread as well...and when we put them together we call it bruschetta. We already talked about that, remember? (You can find a post on garlic bread here.)
Grinding pepper on pasta: pepper...pepper? Did you really say pepper? It's cheese, cheeeese! Parmigiano Reggiano, Grana Padano or pecorino are all OK - not pepper! (On the subject of pepper on pasta you can read this.)
Pasta Alfredo: Pasta...what? Ohhh, I got it: you mean Alfredo Pasta...nothing to do with food, just the name of some guy!
Meatball pasta: you might as well put a slice of pineapple in your hamburger then.
Chicken pasta: pasta with...chicken? And how about a gourmet fish-head ice-cream as a dessert?
Spaghetti Bolognese: even though this recipe comes from the city of Bologna, and it's called bolognese all over the world, the stubborn Italians insist on calling it ragù (alla bolognese). It's often served with egg-fettuccine or tagliatelle (remember that they end with "e", not "i"), rather than spaghetti (no final "s", thanks). 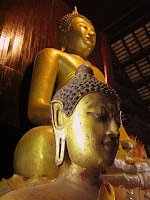 The cold that is scratching the air of Chiang Mai is the one of those regions that are not equipped to face it. A language school in Lamphun is organizing a party in order to hire new foreign teachers. Two dozens farang in the back of a songtaew are noisily heading to the quiet town. When the school is closing the driver honks, we greet everybody and get back on the truck. It takes me the whole journey back to Chiang Mai to realize that I forgot to pick up my bag. It contains a big share of my daily life: my passport, bank cards and driving license. I get back to the songthaew, I explain and dramatize. The driver winces, then he's moved and gives up. When we arrive to the school there's no time to pay him, the tires are screeching and he's already heading home. Only my conscience can hear the thanks! that I shout.
I find the bag, I check it, it's alright, then a group of young people invite me for a drink. My sigh of relief isn't over yet, it definitely calls for a toast to good luck. When the bar is closing they offer me a couch, I thank them but I'd like to go home instead, I set off and point my thumb to the clear sky that looks like a slab covered with splinters of ice. When I'm about to lose heart a motorbike stops. It's my friends from the bar who didn't leave me alone, they make some space for me on the saddle and we speed along the dark and empty road. I hide behind the tiny body of the girl and she uses the guy's shoulders to fend off the wind. He can only rely on the screening properties of the fluttering nylon of his windbreaker.
When we get to Tha Phae Gate they let me get off. While I look at them smiling all of a sudden I'm moved. I don't know what words I can use to thank them: I mumble, I hesitate, I perform a sequence of silly smiles, worthy of a cabaret with half empty stands, then I slowly start to walk back to my hotel. I think of those young guys that are fending again the cold wind that has just made my thighs numb. I try to picture them close to each other, with half-closed eyes and a smile on their face, for being good Buddhists they've just made a merit. One more step toward their purification, that to me looks more like a soft hibernation.

Photo: statues in a temple at Chiang Mai, by Fabio
Posted by Fabio at 3:38 AM No comments:

I'm at the cinema box-office, at Pavilion shopping mall. I ask whether it's possible to have a seat without neighbors. They take me seriously and when the movie starts I'm sitting by myself in the middle of the theater. There's obviously no need to silence my cellphone.
If you have a chance and two hours to kill, go to Pavilion shopping mall and watch a Taiwanese movie. The show is not bad and you'll get a theater of your own. It's a pretty good deal: I strongly recommend.
Image: poster of the movie "A place of one's own". Taiwan, 2009
Posted by Fabio at 9:23 AM 1 comment: 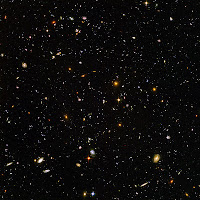 
We were the masters of the universe. Of the univeeeerse!
In two-lane formations, sweat trickling on the pedals,
we progressed like packs of American buffaloes,
following the thunderbolt paths of the swallows.
We were the ungrateful cubs that took their fathers' territory.
We used to create secrets, acronyms and pacts,
bonds of a life, just a few months long.
Then somebody left and dragged the exodus behind.
Nowadays that world seems too small for us,
but maybe it's our mind that is too narrow for it.

We used to be the masters of the universe,
a compressed universe though: made of three dead-end streets.
Posted by Fabio at 9:10 AM No comments: 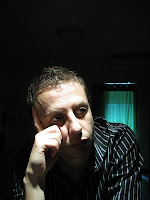 "Does living a sensible life make sense?"
"Humans are among the earth most inhuman beings: they never want to understand, yet they always want to be understood." (William Stabile)
"Immaturity is not such a bad flaw."
"A lie is alright, faking it all is not."
"Spending time by oneself can be an addictive habit."

Photo: thinking, by Fabio
Posted by Fabio at 9:00 AM No comments: 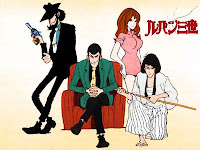 I'm slowly zig-zagging through the mini-market aisles, among special offers and half-empty shelves: it's night, it's late, fresh products are finishing. Behind me somebody screams, I turn, a man is running. The sliding doors open, something falls from his hands, he doesn't care, slips, get out and flees. The shop employees run after him and yell. Halfway through the complex yard they have to give up: the thief shook them off and went down the sidewalk, which in the early night turns into a crowded market. Between a puff and a pant they keep on shouting, hoping in vane that somebody stops him.
In Thailand, and in Asia in general, this scene is atypical. Maybe it's Buddhism, Confucianism or shyness, the idea of collectivity that prevails on the individual: Asians are not particularly prone to crime.
That's also why the shoplifter surprised everybody, making use of two seconds that saved his neck. If they had managed to catch him they would have beaten him up. They didn't make it though, I wonder what he stole.

Image from "Lupin III"
Posted by Fabio at 1:26 PM No comments: