Silence is not an absolute necessity 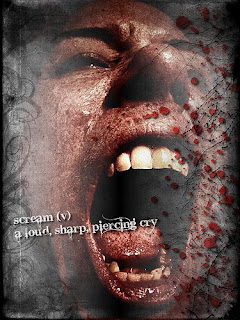 The restaurant (in Thailand).
You're having dinner at a nice little restaurant, vapors rising from the iced bottle of beer mixed with the aroma of the spices that soak the seafood laid out in front of you stroke the flushed skin of your cheeks. The breeze of a distant fan intermittently struggles to divert the course of the beads of sweat that are gliding down your brow. It's stifling hot. The heat of a season that will end soon, swept away by the violence of the monsoons, but you've learned to fend those heat waves off and keep them out of the peaceful and cool cocoon where you like to hide yourself away. Maybe it's your ancestral spirit of adaptation, or maybe some of the nirvanic skills of the Buddhist monks have been finally absorbed by an unidentified spiritual element hidden somewhere inside of you. You might even be able to enjoy the moment. Because it is supposed to be a nice, enjoyable moment. You might, as I said, if it wasn't for the vibrations of an electric guitar and the catlike yelling of a singer hitting your eardrums pointblank. You realize that this place is really changing you when you notice that instead of cursing and insulting them you are actually singing the refrain between a mouthful and the next one, while your right sole keeps the rhythm under the table, chasing away a cockroach or a rat that had come to feast on the leftovers.

The cinema (in China).
Something is ringing. You try to guess which one of the characters that appear on the screen is about to receive a phone call. You can't, curiosity is eating you but in a few moments the director is going to unveil the mystery. Nothing, after ten seconds none of them has picked up their mobiles. On the other hand you notice that three rows under yours a Chinese is happily talking on his handphone. Astonishment. And he is not even afraid to talk louder when he think it is appropriate to do so. Double astonishment. With the other hand he's waving a lighted cigarette in the air. Now and then, when the person at the other end of the line is speaking, he takes big drags of smoke that he proceeds to blow on the heads of the other spectators with the invariable movements and the constant energy of an electric fan. Triple astonishment, even though this doesn't actually count, because smoking doesn't make any noise and this is a totally different problem. You get a four-of-a-kind when you realize that not only nobody is scolding him but that you are actually the only person in the whole theater that is taking notice of the event. That's China, you mutter as soon as you remember the mantra that you were taught when you first arrived. Then you start to follow the movie again. After all you didn't completely waste your time. Check it out: you're already a little more Chinese than you were when you got here. Well, maybe not more Chinese, but less from the place where you come from and, as a consequence, a little less vulnerable to the traps of China.

The park (in Thailand).
People go to the park to take a walk, to read a book, have a romantic moment with their soul mate, enjoy the feeling that only a nature reservoir tucked in the heart of the city can transmit or simply doze off on a bench. Well, try if you can. Powerful loudspeakers are blaring out silly commercial tunes or, if you're lucky, some nicer folk ones. And when that playlist ends the free aerobic dance lesson gets under way, irritating music and high pitched shrieks of the instructor included. The only thing that you can do is sit back and enjoy the show of fat women and old men who mimic the movements of the gay on the stage.

The rudimentary Karaoke (ubiquitous in the rural areas of South East Asia).
This joint is normally set up in the garage or even the garden of a family that in order to make a few extra bucks decided to invest a little sum on some sort of hi-fi and a set of CDs with subtitled songs and unbearable video clips. The scene also includes a fridge filled with beers and whiskey-mixers. There are hardly ever more than a dozen customers, normally all the members of another family of the town or a group of friends or colleagues. After a couple of hours they are a reduced to a bunch of rags soaked with alcohol and smoke and they take out their happiness or their repressed sadness on those microphones, raping songs that fortunately deserved to be raped, giving out sounds that are combined in nasty sequences that, on top of that, are also distorted by loudspeakers of dubious quality. Mysteriously enough from the neighboring windows nobody is pouring jars of urine and excrements on the heads of the noisy party.

The coffee shop (in most of Asia).
Even at coffee shops, of all places, where the soundtrack should be that of teaspoons clinking on saucers and cups, of fingers turning the pages of glossy magazines or the soft chattering of the guests sitting on the sofas. No way. Sometimes it's jazz, and you can take that, but more often it is likely to be moronic local pop, or the ramblings of a dj that has spent too much time fine tuning the pitch of his voice and too little thinking of something interesting to say.

The night bus (in Laos).
The sun went down long time ago. The dinner break is already behind you. You have almost reached the end of a key chapter of the book that has nailed you to that seat for a few hours. The driver turns off the main lights. You fiddle with the switch of the one above you but, as it's always the case, it has been disconnected. In just few seconds the air-condition jet right next to the light switch has frozen your wrist into a Kung Fu posture. Never mind, you'll read tomorrow, at least the new conditions will allow you to enjoy a few hours of unexpected sleep. Did you just say sleep? How could you seriously believe that, even if only for a few seconds? You must really be a dupe. That damned bastard, envious of the passengers who might doze off while he will have to drive all night long, pressed a button, pulled a lever and the speakers started to blast out a sequence of terrible open air dance hall tunes. For a moment you wish that he will spend the last years of his life as deaf as a Napoleonic artilleryman. Then all your neighbors start to sing, and all of a sudden new socio-anthropological horizons, unknown all along, open right in front of your eyes. You need to accept the evidence: silence is not an absolute necessity, a common need for all the human beings. And while that thought is settling in your mind you sink like an invertebrate into the fake leather seat.

The haven (anywhere).
Fortunately there is a solution to this noisy mess. It's called pharmacy. Of course this isn't a quiet place either, but at least if you scan its shelves you'll be able to find a good pair of earplugs. Items that you should never forget to put in your backpack. Along with a sweater, it goes without saying.