He grabs the packet, takes out five cigarettes, gives away four of them and lights one for himself. Then he lifts his glass but something is wrong: looking closer at it he can just see the ice cubes. He focuses on the bottles and makes himself one more drink. He laughs, cracks jokes, gets drunk and smokes. He's eying up a girl that he will try to pick up. This European guy is doing an internship in Bangkok. These weeks in Thailand should get him started in finance, but they've dropped him in a muddy land of decadent nights. 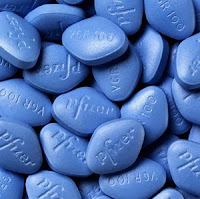 On a weekday he will gulp down liters of beer, while on weekends he'll finish off bottles of whiskey. He's often reduced to a pitiful state: he forgets what he's doing and can barely walk. But if he meets a girl and she follows him back home, just to be sure he'll take a pill of Viagra. He's handsome, tall, doing an internship abroad: coming from one of the richest areas in the world he should have a future as a successful man. And yet he gets wasted and takes pills of Viagra.
He's just twenty four, what is he gonna do when he's old? Whatever happens he won't be alone: I've met many people who are exactly like him.
Posted by Fabio at 4:18 AM