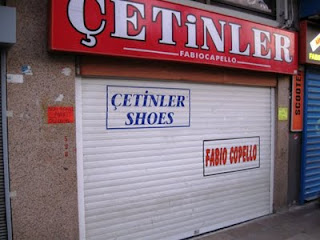 Fabio Capello (on the sign) or Fabio Copello (on the rolling shutter)? Confused...and then, why choosing Capello instead of Gucci or Ferragamo for a shop that sells shoes? (Istanbul, Turkey) 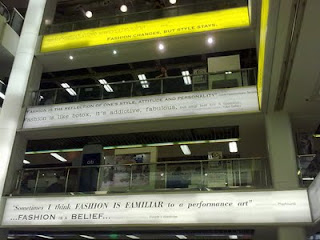 I've always suspected that fashion people were not all great poets. This should confirm it, click on the photo to enlarge it. (Bangkok, Thailand) 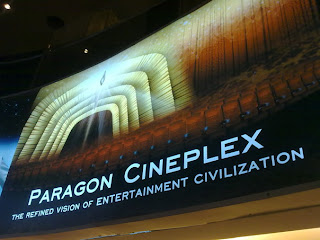 "The refined vision of entertainment civilization"...look at that, and I thought that it was only a cinema! (Bangkok, Thailand) 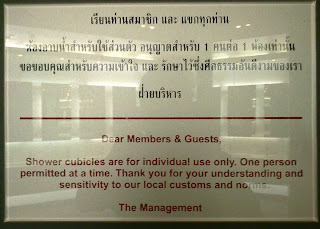 No, they don't share them because the other cubicles are all busy... (Bangkok, Thailand) 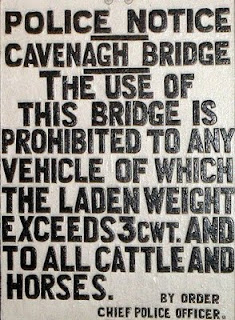 In Singapore the authorities decided to demolish most of the old colonial buildings but at least they kept some old road signs like this one. As a consequence the numerous cows and horses that roam around the city still have to swim their way to the other shore. 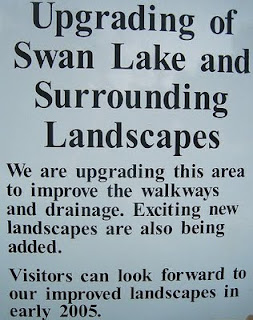 Exciting new landscapes? What the hell is that? (Botanic garden, Singapore) 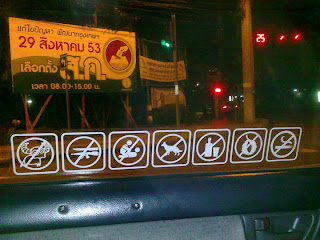 Smoking, alcohol, durians, sex, weapons, dogs and water buffaloes are strictly forbidden in this cab. (Stuck on the window of a taxi in Bangkok, Thailand) 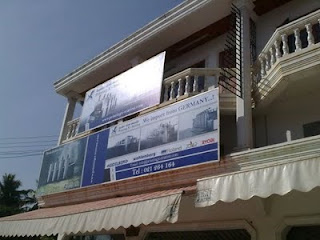 Click on the photo to enlarge it. We import from Germany, suspension point...exclamation mark! An example of creative punctuation. (Vientiane, Laos) 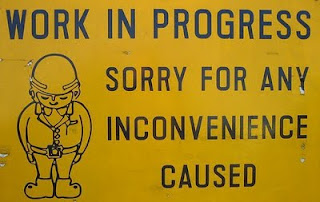 The one who has to apologize for the inconvenience caused is not a city official, nor an engineer, not even a surveyor, it's that worker who respectfully bows, probably a smelly immigrant, even though we can't tell that from the picture. Anyway, it's all his fault...bastard! (Singapore)

You can find more funny signs here
Posted by Fabio at 3:00 PM