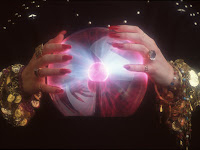 With the Pakistani restaurant behind my back, another Thai one that appears on my right and a Japanese hotel just in front of me, it's like walking on an imaginary map of Asia, from the bottom-left corner towards north-east. An Indian man walks out of the hotel, beard secured, big belly and turban. I start to play a solitary game, with background calculations of derivatives and integrals, analyzing the functions that govern our paths, seeking an inflection, a maximum or a limit, trying to determine a point of intersection. My mind is making involuntary calculations and my steps are following an ample curve whose inclination is gradually and imperceptibly changing. Without even knowing it the Indian replies, countering my opening with accurate moves, which hold our position in a dynamic balance, towards a clash in an immutable point, which we both relentlessly come up to. When I'm a meter away I decide to quit, I swerve to the left with a few ballet steps. He turns around and stares at me, with a hypnotizing glance that makes me smile, then shatters my illusion of being playing by myself: "Do you know that you ar-r-r-re a ver-r-r-ry lucky guy?" I'm in a hurry and I keep on going. While I walk away his masala "r-r-r" keep reaching me like the whistle of a train, modulated and distorted by the Doppler effect. "And do you know why?" "Yes, yes...of course I know." And with that last remark I disappear.

What would I have done had I not recognize him? But I of course I knew it all. The Sikh fortune tellers, those impostors in Bangkok, you saw them often in the tourist areas. The Filipino who was asked six thousand baht. I speed up my pace under the twelve o'clock heat. From behind a corner two more Sikhs pop up. Some general of the Army Corps of the North-west has unleashed a number of these mystic platoons, seeking palms to read and simpletons to rip off. They are walking towards me, along the sidewalk. "Do you know that you ar-r-r-re a ver-r-r-ry lucky guy?" "Yes, sure, of course I know." "And do you know why?" "Because I managed not to be fooled by your friend, as well as I'm not going to be fooled by you!" I don't know until what point I have pronounced that sentence and from where I've started to keep it for myself. But one thing is certain, declared, exposed: I am a ver-r-r-ry lucky per-r-r-rson indeed.