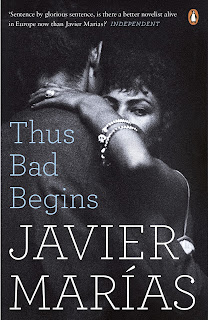 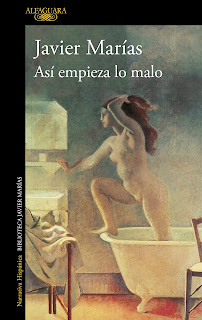 In this novel Javier Marías makes use of a literary technique that has been employed in the past by some very famous colleagues of him: Francis Scott Fitzgerald (The great Gatsby) and Truman Capote (Breakfast at Tiffany's), just to name a few.
The main character, with whom the readers become very acquainted as the story unfolds, is actually just a proxy through which the author tells his story: he acts as a mere narrator and has little or no impact on the plot, besides observing and relaying, of course. On top of that the plot itself is not particularly engaging or original. Why did you read the book then? Or why are you recommending it? You’ll be asking. Because the plot is not necessarily what makes a book a good book.
Marías is very skilled at digging, analyzing and explaining human nature: its pitfalls, its contradictions and its weaknesses in particular. Tolstoy’s Anna Karenina’s famous overture comes to mind: “All happy families are alike; each unhappy family is unhappy in its own way.” “Thus bad begins” (a title borrowed from Shakespeare’s Hamlet) is the story of a family which is indeed unhappy in its own way. And the author's pen gradually uncovers the reasons behind this social failure.
The book’s slowness and verbosity could be a nuisance to some readers: I’m not a fan of long sentences myself but in this case it took me very few paragraphs to adjust to the author’s style and I found that his baroque-ish prose often helps creating a well structured suspense. Plus he can also be very philosophical in his digressions and examples.
As a bonus, reading this book we get a lot of insights about the Spanish civil war and what life in Spain could be like for those who were on the losing side of the conflict.
My only regret is that I read it in Italian. Although I can read common Spanish I was afraid that my level was not high enough to cope with good literature. Despite the fact that the Italian translations (and I suppose the English ones) are very good, I still feel I should try to tackle the original version next time I come across one of Marías’ books.
Original title: Así empieza lo malo.
Posted by Fabio at 8:02 AM