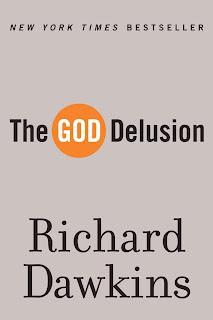 You might be sincere and passionate about your religious faith and conviction, yet debating the topic with the likes of Richard Dawkins turns out to be a very difficult task. He not only is an evolution theory guru, he’s also skilled in philosophical arguments and seems to be very at ease debating religious matters with the most prominent theologians.
Dawkins admits that religion could well be regarded as an innocuous matter of personal choice, under some specific theoretical conditions. Unfortunately those conditions are not met in the real world: religions continuously put pressure on institutions that have a secular nature, interfere with the private preferences and lives of common people (both religious and non religious) and are at the bottom of countless conflicts worldwide. It’s been like that for centuries. Sometimes those conflicts are actually about something entirely different - land control, natural and financial resources, political power - it’s true, but without religions you wouldn’t be able to separate the various factions in the first place. And if you didn’t have the conflicting factions, you wouldn’t probably have the conflicts at all.
One of the most subtle aspects of religions - of every religion - is that core convictions and the absolute value of unquestionable faith are inculcated in the minds of children that are not old enough to understand - let alone reason about - the myths, the rules and the narratives that are being forced upon them. Quite likely if you didn’t start brainwashing individuals before they have displayed the ability to make their own life decisions, in a few generations you would have forgotten about religions altogether.
And for those who think that without religion you have no morals, Dawkins informs us that there is more and more solid evidence proving that ethics predate religion, not the other way around. Religions don’t include morals: they actually restrict their scope. Plus, if you go to the root of the scriptures, they state in-group vs out-group moral standards, not universal ones.
Finally, if you feel irritated or offended by the arguments of people like Dawkins, ask yourself the following question: you don’t agree with them or you just don’t like what they say, regardless of whether they’re right or wrong?
This might well be defined the "Bible of atheism". Give it a try.
Posted by Fabio at 6:15 AM