The end of the month - Pattaya, Thailand 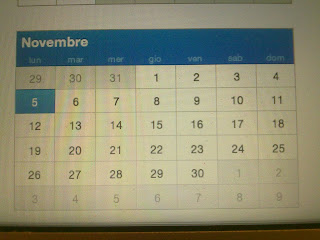 Sometimes circumstances can generate some problems. Within the scope of these problems a new saying is born, a thought that captures, even with a little irony, a photo of an era. In Italy these times of crisis have given birth to the expression non arrivare a fine mese. It is a metaphor, a play on words, in fact its literal translation in English - "not being able to reach the end of the month" - makes little sense. Everybody, unless they die, can reach the end of the month. What people who use that sentence actually mean is that their salary will not last until the end of the month, as due to the high cost of living they will have spent it all before that. However, is that really so?

I am under the impression that - leaving a number of extreme, real and tragic cases aside - most of those who say that are indulging in one of Italy's favorite pastimes: dramatization of events.
On one hand it is true that due to the effects of the economic crisis and price increase the spending power of an average salary tends to decrease, on the other hand it must be noticed that many people don't easily give up their satellite TV subscription, touchscreen phone, expensive car, classy scooter, drinks at expensive bars, dinners, nice shoes, trendy jeans. Quitting a few of these habits would allow them to reach the end of the month with no need to hold their breath.
R - an Italian guy who came to Thailand to spend his holidays - met T at the fruit stall where she works. They soon started dating: she often goes to see him at his hotel and he also had a chance to visit her place. A studio apartment in a condominium, or I'd better call it a mini-studio apartment, as it's just a four by three meter cubicle.
She's not even staying there by herself: her sisters also live in the same place, for a total of four adults. Then there also are three children, her own daughter among them. These ladies also have other kids - sometimes from different men, all of them magically disappeared. These other kids are scattered around the country, at their parents', in-laws' or other relatives'. They are typical cases of Thai single mothers, extremely common, especially in the less developed provinces. The four sisters might even be stepsisters themselves, as their mother (or father for that matter) could have had the same story as them.
Let's try to figure out why they have to live on top of each other like that. The rent of that hole is 3500 baht a month, slightly more than 100 USD. Not so expensive, you might say. Well, not if you think that T has to work twelve hours a day to earn 250 baht (less than 10 dollars). True, life is cheap here, but not as cheap as it used to be. That's why a twelve square meter place must be shared by six or seven people, some of them sleeping on the bed, some on the floor or on their mums' stomachs, without TV, refrigerator, air-con, chairs, tables, using a cloth-hanger as a closet. Still, they manage to reach the end of the month, maybe by means of a few kicks in the ass, but they can make it. Without any help from the government. And with a big smile on their faces to top it up. They always find a way, they survive, doing thousands different jobs. I am afraid that some of them have already been tempted by the easy earnings of prostitution, even though they haven't completely fallen into that ravine yet. They obviously dream of a cheap version of the Pretty Woman happy ending, but if that is not  happening it's gonna be alright. It'll be a matter of karma, as usual.
I believe that many Italians should pay a visit to this side of the world, give up a couple of days at the southern beaches and try to take a close look at cases like this. They would go back home with a more optimistic view of their situation, keen on facing the crisis without complaining just for the sake of it.
Posted by Fabio at 10:15 PM