I found a capped bottle, half full of water, rocked by the waves on Chaweng shore-line. I noticed something black tossing inside so I got hold of it and...my jaw fell to the floor when I found out that those one centimeter-long tiny stars writhing among water and leaves were actually baby frogs, as small as tadpoles! I wonder how did whoever it was that put them there managed to do it...

Some pictures of the bottle: 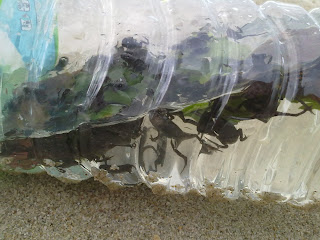 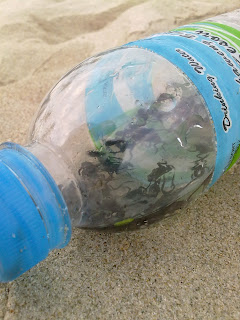 Obviously after taking those pictures I released them. I was expecting them to rush to the water but they actually strove up the sandy beach in the opposite direction. I foresee an invasion of croaking frogs at the resorts nearby.

Some photos of the freed baby frogs: 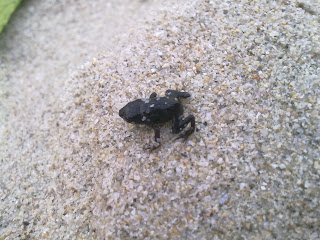 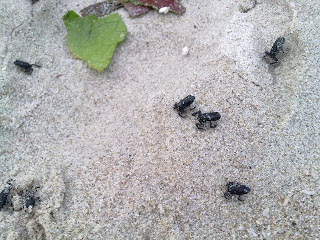