The jungle and the cage 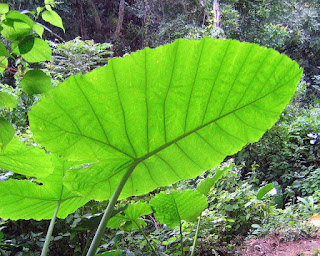 A few months back I wrote a post called Stay out of the cage. Did you read it? Congratulations! You're one of the four people who did. You didn't? Well, I'm not surprised, of course. In case you were interested it's not too late to join the small group. You just need to click here. I kept it short and I wrote it as if I was writing a poem, or maybe a nursery rhyme. It's not my stuff really, but it was fun. Now I'd like to dig the subject a little deeper, in a more prosaic form.
What is the cage? Let's see. I think it's a cultural, traditional, material, custom and viewpoint framework we normally are brought up in. By the time we are adults its elements are embedded in our mind and, as if we had been administered increasing doses of them, we have become addicted.

I have a few friends who live inside that cage. Good guys really, and this means that the dividing line is not drawn between good and evil, it's just the door of that cage, a diaphragm, a gate separating the inside from the outside. The cage and the jungle.
They, those guys, won't get out of it. They are scared of the jungle. They don't totally like the cage either. There are things they hate about it. But there are addictive aspects of it they cannot live without. They'll keep asking questions about how life outside is, they'll say they'd love to take a look at the lush vegetation, the multicolored wildlife. They admire so much those who were brave enough to step outside (they can't see that there is nothing really to admire, and that there is no bravery either). They are intrigued, but they will always want to be reassured on how you make a living out there, how you make sure you have a steady income, security, a safe future. They want to picture the outside jungle based on the cage paradigm. And that's a paradox. How to make a living...fruits and game? A steady income...a permanent position in the hunting industry? Safety in the jungle? Come on. There are jaguars, snakes, spiders this side of the gate. It's as if we were to ask them questions about the cage regarding freedom, autonomy, free time, independence. We won't do it of course, and that's why they shouldn't ask those questions in return. Not because they are taboos, or we don't want to answer them. We are inquisitive, we question everything, how would we not like to answer other people's questions? It's just that there are no answers to those questions, they simply are badly asked ones. It's like asking whether you have to use gasohol or gas to ride a Fuji apple. Or how often you are supposed to water a chapter of a philosophy manual. Or whether salt or soy sauce should be used when learning how to play guitar.
I got out of that cage because I didn't value a steady wage, job security and a pension as much as they do. Because I was ready to give up (at least temporarily) those benefits in order to get immediate freedom, independence, time management options. Because I am not very good at focusing on the future, at planning my life in advance. Actually I have to admit that I totally suck at that. The thing I can see more clearly is the present. The past is a yellowish, mellow, melancholic, little out of focus image. The future is very, very blurred.
Maybe that's what it all comes down to: the cage is tomorrow, while the jungle is today, and that's where I am living. Maybe I'll be here tomorrow as well, hopefully, but that will just be my next today. It's always the same stuff you are dealing with, you're just tackling it from different angles. The cage is the place where all you do today you do it worrying about tomorrow. In the jungle you are concerned with today. Everyday, even tomorrow.

Photo of a bedsheets like leaf, Luang Prabang, Laos
Posted by Fabio at 4:02 PM