Girl with curious hair, The broom of the system - David Foster Wallace 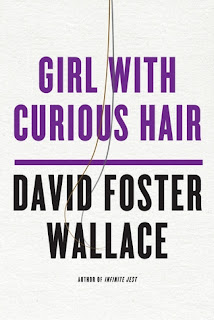 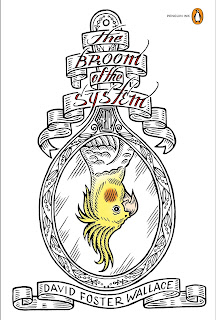 David Foster Wallace is considered a rare genius, and not just as a writer. I don’t know much about his life, except that he committed suicide when he was still quite young. All I know about his work is what is written in these two books I recently read. The first is a collection of short stories, the second one is a novel.
The guy was definitely talented: gorgeous prose, rich vocabulary, fervid imagination. He could masterfully play with language and literary techniques, mix real characters and fictitious ones, handle history, psychology and popular culture.
He could also be irritating at times, writing pages on end without any trace of punctuation, dropping too much idiosyncratic jargon or even ending a novel in mid sentence!
Yet, his stories are a real pleasure to read. I particularly liked four of his short ones: “Little expressionless animals”, “Girl with curious hair”, “Lyndon” and “My appearance”, most of them featuring real famous people, such as the whole “Jeopardy” TV program crew, the talk show host David Letterman and the former US president Lyndon Johnson.
Many of the chapters of “The broom of the system”, his debut novel, are also a wonderful read.
I haven’t read “Infinite jest”, arguably his masterwork. Sooner or later I’ll give it a try.
Posted by Fabio at 8:53 PM